Kung Fu Mastery - The Way of the Vocal Warrior

Questions I often hear:  1)  How often should I do scales?  2) What's a Professional Singer? 3)  Am I getting any better?  4)   Should I avoid singing songs until I'm good at scales?

How often should I do scales? 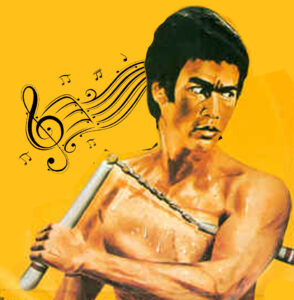 How good do you want to be?  Scales ARE your Kung Fu.   Scales allow us to focus on specific details within songs.  Just like a boxer going into a ring, you don't get better at boxing by fighting.  You get better by focusing on small details that lead to bigger concepts such as footwork, eye-hand control, learning combinations, endurance and so on...   So when you think about it, it's not shocking that the better you are at scales, the better you are at singing.   It's an exposure rate, how often you work on your scales will manifest in the speed of your improvement.

I want to stress that your goal isn't to master singing.  Your goal should be to be a professional singer.

Money has nothing to do with it.  It's how you conduct yourself.  My favorite musicians to work with aren't perfect at all.  A professional singer is prepared, flexible, and willing to put in the work.  I'll work any day with a person who has skill sets such as "technique and theory," that allow them to troubleshoot any issues with a part.  If left to work on a piece after pointing out weak points, a professional singer will improve.  Trust me, nobody likes working with someone who isn't willing to open their mind to ideas.  Obviously, you're a student of WVS so that means you've got an open mind and you're already on the right path to becoming a professional singer!   Woohoo! 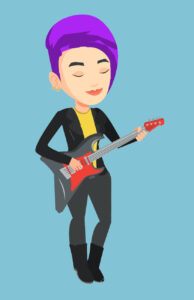 Your vocal notes tend to dance in a pattern of a key.  Each of these notes within a key have relationships between one another.  I like to call this relationship "tension & release," within a song.  It will also allow you to choose when you want to "break a rule."  I stress a choice in breaking rules because this becomes an informed decision to break a music theory rule.   This will allow your ideas to become clearer in the arrangement and with your group.  E.G.  Hey man, that note doesn't sound right.  Yeah, I know but I really want that note in there because it's mega-turbo-brutal.  Nice!

If you create a catchy pattern but you don't know how you did it-- it can become harder to replicate that emotion again in another song.  For example, what if a producer or label asks you to make another song like a previous hit of yours.  Does that mean play the exact same notes?  No.  We see this often with groups who can literally be summed up by "they had that one song back in 1990-whatever and all the rest of their material sounds the same."  This group happened to make a hit but they don't know how they did it.  We use theory to help analyze patterns so that we can modulate musical patterns to other keys.    We use technique so that we can adjust the tonality of our notes.  Maybe in one song you were breathier.  Does that mean the next song should also be breathier because "that's your thing, man."  No.  Breathier is a tonal quality.  Tones can change.  The intention behind notes can change.  A good example would be saying the reason why one song is better than another would be because of use of distortion in the guitar.  That's not it at all, distortion is a tone.  The intention behind your notes is what people will find alluring.  By exercising good technique, we learn to organize our emotions so we can be flexible in the moment if a member makes a tonal suggestion.

How Does This Apply to Singing?

Music is supposed to be fun and a release.  It's not supposed to stress you out.  Let's keep it fun by allowing you to play in the music and not exhaust pieces.  Train with scales focusing on technique and theory but let the creative juices flow so you can have fun when you sing.

Am I Getting Better?

This may come across disappointing to you but, likely, you won't be able to tell.   Outsiders will recognize improvement quickly such as your bandmates, teacher, or significant other.  If you are able to see improvement, you just made an enormous leap forward with your skills.    If you're really starting to doubt yourself, go back and listen to your first lesson at WVS.   That 'ought to set you straight.

Should I Avoid Singing Songs Until I'm Good at Scales?

Not at all.  They work in tandem.  If you want to see the fastest progress in your singing continue singing songs, taking lessons, auditioning, songwriting, recording, gigging, open mics, meeting other musicians, AND running scales.  Push yourself and you'll see improvement!